How Does The Death Of A Parent Affect A Child

What Is The Worst Age To Lose A Parent

Grief and pain is not a competition. The lifelong impacts of losing a parent in childhood depends on the parent-child relationship before and the support the child receives after the death. There is really no such thing as “worst age to lose a parent”.

Most people assume that losing a parent at a younger age is the hardest thing because losing an attachment figure is a painful thing. However, if the child has a strong support system to help them process grief, they can still develop secure attachment and thrive.

On the other hand, older or even adult children may suffer a great deal because it is a significant loss in that person’s life or they don’t have close friends to pull them through this period. So there is really no need to compare.

How Does The Death Of A Parent Affect A Child

An early loss of parents usually increases the probability of inadequate child care​2​ and worsens the family’s economic status​3​.

In some families, that means increased pressures for the grieving child to take on responsibilities of the dead parent and to isolate from friends. In others, The death of their parents will result in the child’s poor psychosocial well-being, changes in behavior, increase in stress and sleep disturbances​4​.

Given the negative long-term effects associated with parental death, it is imperative that the society helps children grieve in a healthy way. However, cultural beliefs and persistent misunderstandings are often standing in the way of appropriate support for children and doing them a disservice.

How Does The Surviving Parent’s Reaction Affect A Child

Children look towards their parents to love them unconditionally while protecting them from the uncomfortable realities of life. When a parent dies, life for the child often becomes infinitely scarier and uncertain, leaving the child to wonder what’s next.

This understandably places a large burden on the remaining parent, and other family members who want to help the child grieve, while they are also managing their own pain following the death of a loved one.

While some cultures approach bereavement in a positive way, others encourage the adults around grieving children to place their emotions on hold. These cultures often rationalize the practice by citing that children look towards their grownups to remain strong in times of uncertainty.

Suppressing emotions is making a conscious and deliberate attempt to hide emotions from others​7​. A parent or guardian may feel sadness, but instead of expressing it, they decide to hide it while in the presence of their child.

Repressed emotions are often unconscious. Having repressed emotions is a body’s attempt to do away with bad thoughts. Repressed individuals may not be consciously aware of their emotions at the moment. These pent-up emotions may eventually spill out over time.

On one hand, research has found that it hinders the healing process for parent and the child​9​. But on the other hand, a study finds that repressed emotions serve an adaptive role in the grieving process.

Whether a parent’s emotion suppression or repression is a good coping mechanism is still in debate​8​. A parent’s suppressing or repressing may or may not be healthy to their own mental well-being. But what’s more important is how their beliefs in emotion negation affects how they help their child deal with the loss.

When the surviving parents believe children are not capable of understanding death or successfully dealing with the emotions and fears it brings, they tend to avoid the topic at home and act “normal” around the child.

But the truth is, children’s ability to positively cope with death can be increased by the actions taken by influential adults in the days, weeks, and months following the loss.

Rather than sweeping the issue under the rug and pretending everything is fine, caretakers of the grieving children can use the following strategies to help them cope successfully​10​.

How to Help a Grieving Child

The Family Bereavement Program (FBP) developed by Arizona State University (ASU) is an evidence-based intervention that is directed at parentally bereaved families. It aims to promote resilience of young children and the surviving parents​11​.

Here are the strategies.

How the death of a parent in childhood affects a child depends on how the influential adults around them react to their grief. A child who has lost a parent needs to know that it is acceptable to show emotions and talk about the person who died. Normalizing the grieving process is important. It allows kids to reduce anxieties about the future.

Children can feel a variety of emotions following a parent’s death, including anger and guilt. They need to know that the death is never the child’s fault. It is also normal that the child may think they see or dream about their deceased parent. They don’t have to forget about the parents who died.

Quite often, children may communicate their difficulty adjusting to the changes following the death by misbehaving. By using positive parenting, parents create a positive parent-child relationship and an environment that allows for open communication.

Negative life events following the parental loss are linked to increase in child mental health problems​13​. For example, holidays can be difficult for bereaved families in the first two years, especially the children. Parents can use good listening skills to provide children with a safe environment to talk about their feelings about the holiday.

One area that is often of concern to bereaved children is their parent’s beginning to date and develop new long-term love interests. Parents can introduce a new partner or family member slowly. Talk with their children openly and in an age appropriate manner about the relationship.

Active coping strategies are associated with more positive adaptation following the death of one or both parents​14​. These strategies include:

To help bereaved children gain a sense of efficacy, parents can ask their children to set goals in practicing these skills. They can provide specific positive feedback when the kids make use of these strategies. Parents should also express an ongoing belief in their children’s ability to deal with their problems.

Bereaved children can feel more helplessness and believe that they have less control over events happening to them than their non-bereaved peers.

For example, the remaining parent finds it difficult for themselves to cope with the loss, they should first be honest with the child about their struggles. The parent can then let them know they do not expect the child to help them and will instead go to a trained professional.

Children benefit from hearing that the parent will be able to manage his/or her distress better over time and that their job involves focusing on tasks such as completing homework assignments and spending time with friends.

When working with FBP practices, be mindful that some strategies will work right away and some won’t. Allow for grace. Understand that this journey must be taken one day at a time. The pain associated with the loss of a parent will likely never go away completely but the surviving parent and their children will find happiness again. 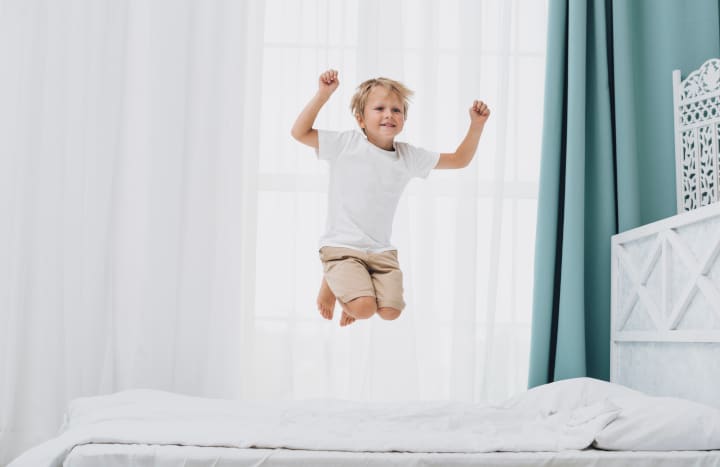 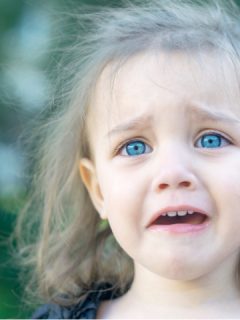 Next
Disorganized Attachment: Understanding How It Forms & How To Heal