Little Evan had his toys snatched away by his cousin. He came crying for his Dad, who told him, “It’s ok. It’s no big deal. You’ve got plenty of toys at home.” It’s common for parents to dismiss children’s emotions. An emotion dismissing parent often trivializes their child’s feelings out of good intention. However, these well-intended moves are proven to hurt our children in many ways.

What is emotion dismissing?

Emotion dismissing is ignoring, denying or trivializing the expression of emotions, especially negative ones. An emotion dismissing parent is a parent who consciously or unconsciously belittles their child’s negative feelings or emotional expression. They invalidate their child’s emotions and make the child feel bad about having those feelings. Such parents often try to convince the child to change the their feeling into a positive one.

Here are some examples of dismissing parents’ reactions to children’s negative emotions:

10 characteristics of an emotion dismissing parent

Researchers have found these common characteristics in emotion-dismissing parents​1​:

Why do parents dismiss children’s feelings?

It’s a very widespread parenting practice to dismiss emotions, and yet the results can be detrimental to the child’s well-being.

The following are the most common reasons why parents use these parenting style.

1. This is how they were raised themselves

Negative parenting practices tend to pass from generation to generation. For most emotion-dismissing parents, this is how they were raised. They dismiss their kids’ feelings because they deeply believe that those are incorrect feelings that the child shouldn’t have. When they dismiss those feelings, they also try to alter their children’s perception of reality hoping to induce in them a more positive emotion which is deemed more appropriate.

2. They are in denial

Some parents dismiss their children’s emotions because they don’t understand it or don’t want to face them. It could be due to experiences in their own lives, their own projected feelings, feeling of embarrassment or fear of their own emotions.

3. Using the wrong way to help

Some parents mistakenly believe that if the negative emotion is not allowed to surface, it’ll eventually go away on its own. Instead of dealing with it in a healthy way, these children suppress their feeling. In other words, the feelings are still there, but just not seen by the parents.

What are the effects on children?

Belittling or criticizing a child’s emotions is telling them that they are not allowed to feel “incorrectly”.

Sweeping emotions under the rug rarely works. Suppressed feelings such as sadness or anger often come back to haunt your child later in life. Children of dismissive parents are at a higher risk of developing mental disorders such as depression​2​.

Children whose difficult emotions are constantly invalidated never learn to properly regulate them. They have more emotion regulation difficulties.

Emotions not properly dealt with can turn into pent-up anger. This anger can manifest itself in undesirable behavior, like outbursts or acting out. Kids with dismissive parents exhibit more behavioral issues​3​ including disruptive behavior disorders​4​.

Parents routinely dismiss their children’s emotions teach them how to be callous to others’ suffering. These kids have poor emotional functioning and social development, especially empathy​5​. They tend to show callous-unemotional traits​6​ resulting in negative peer relations. Research also shows that these traits are associated with negative outcomes such as antisocial behavior​7​, conduct problems and delinquency​8​.

Many positive effects have been found to be associated with emotional coaching by parents. Researchers have found that intervention parenting programs, such as the Tuning in to Kids, can improve parents’ emotion socialization practices. 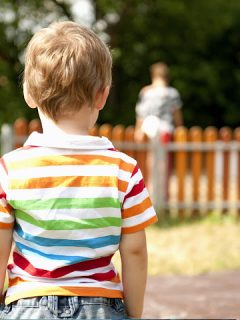 Previous
Childhood Emotional Neglect - 37 Signs, Effects and How To Overcome 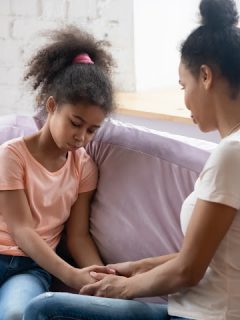 Next
Emotion Coaching: How Parents Can Help Kids Develop Self-Regulation