Learning the associations between aversive events and the environmental stimuli that predict such events is an essential survival skill in animals. Fear conditioning paradigm is an epitome of this form of associative learning. Conditional fear can be powerful and long lasting for some individuals.

Classical conditioning, also known as Pavlovian conditioning, is learning through the association of a neutral stimulus with a biologically potent stimulus​1​.

Pavlov observed that his dogs would salivate whenever he entered the room, even when he did not bring food, because the dogs associated his entrance with being fed.

What Is Fear Conditioning

It is the mechanism we learn to fear people, objects, places and events that are aversive such an electric shock. In evolution, this form of associative fear learning plays a critical role in our survival from future threats​3​.

Although meant to be a survival mechanism, unchecked conditioned fear may contribute to disorders of fear and anxiety in humans, resulting in panic disorder, phobias or post-traumatic stress disorder (PTSD)​4​.

In the 1920s, John Watson and Rosalie Rayner devised a controversial experiment with baby Albert​5​.

The goal was to condition the baby with fear of a white rat. Before the experiment, little Albert didn’t fear the rat.

In the experiment, a loud and averse noise was sounded after presenting the rat. Watson made the loud, aversive noise by striking a hammer on a suspended steel bar to generate a fear response in little Albert. The baby was startled violently and broke into a sudden crying fit. After repeating this procedure several times, little Albert came to fear the rat itself.

Even when the rat was presented without the aversive sound, little Albert showed involuntary fear responses, such as falling over, crying and crawling away from the rat.

Note: This cruel experiment would certainly not be acceptable by current ethical standards.

In delay conditioning, the appearances of CS and UCS overlap, usually one right after another or both end at the same time.

In trace conditioning, after CS appears, there is a temporal gap (i.e., the trace interval) before the onset of UCS​6​.

A context is the set of circumstances around an event. They are typically places or environment. Other different contexts include relationships between spatial, temporal (time), interoceptive (e.g. hunger, stress), cognitive (how info is encoded and retrieved), social and cultural​7​.

When a CS is a static context of the environment, such as a room, the result is called contextual fear conditioning. The conditioned fear in this case is associated with the context. When the conditioned person is returned to the same context, CR is triggered.

Cued fear conditioning is similar to contextual conditioning, except that the CS is added to the context. This CS is a discrete cue such as auditory cue like a brief signal or a loud sound. In this case, the conditioned fear is paired with a cue.

When a conditioned person is repeatedly exposed to the fear-eliciting CS in the absence of the aversive US, the conditioned fear response will decline and eventually become extinct. This procedure is called fear extinction, in which the predictive value of the CS as to the occurrence of the US is reduced.

Extinction is not the same as unlearning or forgetting. Rather, it’s a new associated learning of fear inhibition​8​.

Human studies have found that fear memories can last for years with little forgetting. So extinction does not remove the fear memory. But it creates a new memory that pairs the CS with the absence of the US.

To study the phenomenon, behavioral neuroscience researchers use fear conditioning in rats extensively.

In typical fear conditioning studies, a rat or rodent is not presented the aversive stimulus in the home cage. The animal is then placed in a novel environment, provided aversive stimuli, e.g. mild electrical foot shock, and subsequently removed. When it is returned to the same “novel” environment, it generally will demonstrate freezing response or changes in heart rate if it becomes fear conditioned​9​.

Scientists have found that amygdala lesions, especially the brain areas in basolateral amygdala, can prevent the learning and expression of fear.

Fear and the Brain

Being able to use neutral cues to predict threat is crucial in survival. However, when this type of conditioned fear fails to extinguish when it’s no longer a threat, anxiety disorders such as posttraumatic stress disorder (PTSD) results. In those who suffer from PTSD, the conditioning memory of traumatic events can cause debilitating conditioned fear responses for decades after the danger has passed.

Not everyone who is exposed to the conditioning experiences will develop disorders. Lesion studies have found that the neural circuits involved in the fear acquisition and extinction include the brain regions in amygdala, hippocampus and medial prefrontal cortex. Dysfunction in these networks can cause the individuals to develop fear​10​. 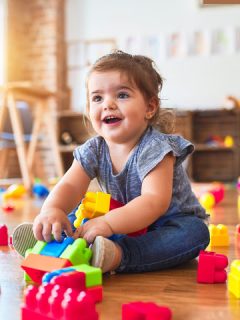