How to Discipline a Teenager Who Doesn’t Care About Consequences

Many parents discipline their teens by taking away their cell phones or screen time. Despite having once worked, they often don’t work after a while. So how to discipline a teenager who doesn’t care about consequences?

Using consequences to discipline is an example of behavioral management, which is based on behaviorism​1​. It is a type of discipline strategy commonly prescribed by teachers or behaviorists.

Behaviorism is a theory or doctrine that explains how the environment influences an animal’s or person’s behavior. It asserts that people and animals are not free to act as they please, but instead are controlled by external forces.

Behaviorists believe that behavior can be changed as the environment changes. Using operant conditioning, a person can form an association between the environment and the behavior. It becomes a learning process in which one learns how to behave given a certain environment.

In this view, it is the environment that determines a child’s behavior. A child who behaves badly, for example, has been given bad training. If we apply the right consequences, his behavior will improve.

The decline of Behaviorism

Behaviorism gained popularity in the 1960s. It was the first time psychology was considered a science because one could repeat the results reliably with the same inputs. The power of conditioned learning was demonstrated through numerous experiments…

Using animals such as pigeons or rats​2​.

The issue is people are not lab rats.

We are a lot more sophisticated than lab animals. To assume that everything a person does could be explained or influenced by the environment is simply incorrect, and that has been clearly proven​3–5​. As behaviorism declines in its use and influence in the field of psychology, parents should stop using it to discipline their teenagers, too.

Why is behavior management still used in classroom

Then why do teachers still learn behavior management in their training if behaviorism is so bad​6​?

It is common for teachers to use behavior management in the classroom since it is an effective way to control a group’s behavior and maintain a productive atmosphere. In the short term, behavioral management techniques can often affect a crowd’s behavior reliably.

This is why when most parents first start using consequences, they see positive results. They don’t know that the short term results usually don’t last.

But because a child is not a pigeon.

A child’s brain has a mind and a mental process, which behaviorists conveniently disregard when promoting behaviorism.

Why are punitive consequences especially harmful for teenagers

Fighting constantly is bad for anyone’s mental health, but it’s particularly harmful for teenagers since their brains are more vulnerable during adolescence.

Conflicts between parents and children are linked to adolescents’ aggression​7​, anger management issues, anxiety, and depression​8​. Adolescents who engage in high levels of conflicts with their parents also tend to display emotional and behavior problems​9​. Conflicts over mundane domestic issues are one of the best predictors of adolescent adjustment​10​. They are also linked to several psychiatric disorders, such as conduct disorder, and oppositional defiant disorder​11​.

How to discipline a child who doesn’t care about consequences

Don’t use consequences to discipline

Stop treating your child as a lab animal! They have feelings and thoughts just like all people.

If someone constantly punishes you to bend you to their will, do you think you will just gladly accept and comply all the time?

At some point, you probably will start fighting back. You may argue over the rules or punishment. That’s normal. You are just seeking justice and protection for yourself.

But our children have argument over consequences with us, we call them “a defiant teenager.”

We are not only treating our children as lab animals, but also as second-class citizens who do not have the right to speak up or protect themselves.

Teach them how to think

Discipline means to teach, not to punish.

The purpose of discipline is not to make kids suffer, but to instill positive behavior in them.

We can do this by teaching them how to think critically. Critical thinking skills are crucial to the development of teenagers.

Parents have been telling their children what to do ever since they were babies. The habit is ingrained in us.

But teenagers are no longer babies. These young adults are developing their independence. We cannot only tell them not just what to do, but also why they should do it.

This is how teenagers will learn to make good decisions.

Teenagers don’t suddenly develop sound judgment the moment they turn 18. It is a skill that takes time to learn and practice to grow.

Provide them with reasons and explain the pros and cons of every decision, so that they have a process to follow when they need to make their own choices.

When appropriate, use natural consequences

Parents often fret about their teens’ unfinished homework or failing grades, but they don’t realize that they cannot hold their teens’ hands forever. Unless you plan to punish or bribe your teen through college, which will most likely not work once they turn 18, let them fail now. It’s better to fail now than to wait until they turn 18.

You cannot care for a teen their entire life if they don’t care about their own future. They need to face the logical consequences of their own actions sooner rather than later.

Focus on issues, not personal blames

Parents tend to have more frequent and more intense conflicts when they believe their teenager’s bad behavior is a result of their personality​12​. These distressed parents are upset because they think that their children are misbehaving with malicious intentions to hurt them. They tend to have distorted beliefs such as perfectionism, obedience and ruination more than non-distressed parents.

So when there are conflicts or incidents that require discipline, focus on the issue, not personal attributions that will do nothing but make everyone more angry.

If you have been using consequences as punishments to the point that your child no longer cares, then there is a possibility your relationships have been damaged.

Strained relationships do not help your teens behave. Listening and learning are more likely to occur to those who feel connected to them. Start now if you want to save this relationship.

The key to strengthening a relationship is not just spending more time together. Quality time matters more.

Relationships between parents and children are special, but they’re not that different from those between neighbors, coworkers, or spouses.

Kids are people too.

To build a good relationship, You need to care about them, treat them with kindness and respect, help when they need it, and give them support when they’re discouraged.

The same applies to building any kind of relationship.

The only difference between a parent-child relationship and one with an adult is that we have to protect them as well.

Punishment is not an effective means of protecting a person. Teaching appropriate behaviors is far better.

Teach them how to disagree respectfully

Some parents believe that any disagreement from their children is backtalk. However, disagreeing with someone is not the same as talking back. It is possible to disagree with someone respectfully, a crucial skill that many children don’t learn at home.

If you want your child to become a leader, not just someone who follows orders from others, you need to give them the confidence and skills to discuss disagreement respectfully.

If the discipline issue involves the lack of motivation, find ways to motivate them intrinsically.

Intrinsic motivation means your teen will want to do an activity because they enjoy it, not because they will be rewarded or punished.

If you are looking for additional tips and an actual step-by-step plan, this online course How To Motivate Kids is a great place to start.

It gives you the steps you need to identify motivation issues in your child and the strategy you can apply to help your child build self-motivation and become passionate in learning.

Once you know this science-based strategy, motivating your child becomes easy and stress-free. 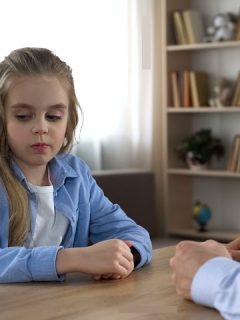 Previous
How To Deal With An Ungrateful Teenager 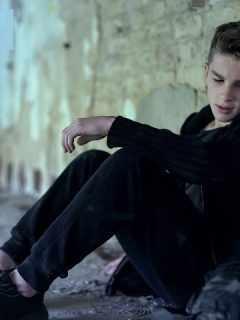