What is Shaping (Psychology)

All parents harbor the hope that our children will develop into thoughtful, compassionate, and well-behaved people. Unfortunately, though, children are not born with the knowledge of manners or acceptable behavior. However, there is hope as we can use shaping (psychology) to help us shape our kids’ behavior.

If you have ever seen a dog lie down for a treat, or circus animals perform tricks, then you have seen how even an animal can learn a new behavior.

The key to getting animals to engage in a learned behavior is through a technique known as shaping in psychology. This method can also be used to teach a child new skills in a step-by-step process.

Often initially modeled by their primary caregiver, shaping eventually leads to the mastery of a skill, even a complicated one.

What Is Shaping Psychology Definition

Shaping is using a series of successive reinforcement steps on a subject to get the subject progressively closer and closer to exhibit a target behavior.

Shaping originally arose from a field of psychology known as behaviorism; established by B.F. Skinner through his operant conditioning theory.

It was based on the relationship between reinforcement and behaviors. Skinner proposed that a reinforcer is a consequence which increases the likelihood of the desired behavior reoccurring, and punishment decreases the chance of reoccurrence.

In a similar vein as positive behaviors are reinforced, so too can negative behaviors be reduced or eliminated through shaping​1​.

Negative reinforcement is the removal of a stimulus, such as if a child gets put into a time-out for hitting another child in a nursery setting. If the time-out is removed for playing nicely instead, the removal of the negative stimulus results in a positive outcome for the child (no time-out)​3​.

The punishment of undesirable behavior is an alternative method of shaping; if a child gets punished for throwing a tantrum, then they are less likely to do it again. This is positive punishment because it is the adding of a consequence as a response to the behavior.

Negative punishment is the removal of favorable consequences to undesirable behavior.

For example; if the child throws a tantrum and they are no longer allowed the bar of chocolate that they wanted. The punishment is ‘negative’ due to the removal of a stimulus.

Whereas punishment and reinforcement do work independently, they work more efficiently in combination as part of a behavior plan. In general, positive reinforcement is viewed as the preferred choice. Punishment may only be effective if it is used as part of a prearranged behavior modification plan, where the child is aware of the consequences of their behavior beforehand​4​.

The process of reinforcement of steps of desirable behaviors which are getting closer to a target behavior is called successive approximations.

Successive approximations are essential to shaping, as a child is not likely to display a target behavior spontaneously. Through reinforcing actions which are growing closer to the desired behavior, the target is achieved through repetition and reinforcement.

Successive approximations can be achieved through a variety of means. Modelling a new behavior to a child is a successful method of establishing the initial step.

In contrast to successive approximations, which encourages the learning of a new behavior, differential reinforcement is a form of selective reinforcement of one form of behavior which is becoming lost amongst others. The desired action is therefore already occurring and requires shaping to make it stand out in contrast to less desirable behaviors.

Differential reinforcement is typically applied to a group of behaviors labelled as a response class. This category of behavior is reinforced while the other class of undesirable behaviors is discouraged.

An example of differential reinforcement in operation would be with children in a nursery environment; the concept of cooperative play and its conforming behaviors are reinforced, while any fighting behaviors are either ignored or punished.

How To Apply Shaping Psychology

When beginning the process of shaping behavior, it may be helpful to establish a behavior modification plan. The following steps are a guideline on how to apply shaping to a child’s behavior:

An example of this process would be the stages of toilet training. The desired behavior can be achieved through praise of the child indicating that they need to go to the toilet, to praising them being able to pull down their own pants, and eventually using the toilet by themselves.

How Effective Is Shaping

Shaping is an effective method of behavior therapy which can achieve long-lasting, desirable results if the application is consistent, even after the behavior plan has ceased. Shaping provides support, guidance, and direction for both establishing a behavior and for a behavior change program.

For this reason, it allows for the assessment of its effectiveness for a child, and if it is initially proving to be unsuccessful, it can be modified to suit the child’s needs​5​.

There are often parental frustrations in regards to the success of a shaping plan. Frequently, a lack of results is the product of a plan which focuses more on punishment of bad behavior instead of positive reinforcement of the desired behavior.

Research has shown that a successful, balanced behavior modification plan focuses attention more on the rewarding of good behavior instead of solely punishing undesirable actions​6​.

If the decision to use punishment as a reinforcer is made, then it should be a specific punishment in adjunct with a target aberrant behavior. It should be noted that research has shown that a combination of cognitive and behavioral strategies tends to have the most impact on behavior, as attitudes and behavior are intrinsically linked. Therefore, if shaping is not working, it may be useful to use a combined approach to target both thoughts and behaviors. 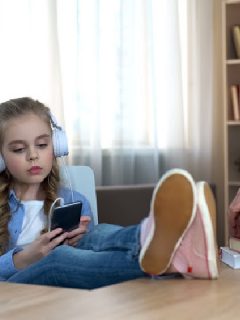 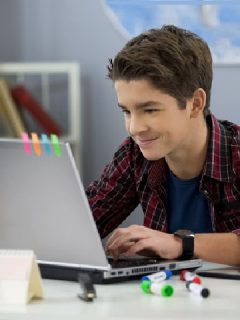 Next
How to Motivate Teenager to Study Using Brain Science