Strict Parents – What’s Wrong With Them

Which type of parents produce better kids? Strict parents or lenient parents? Many parents grapple with what type of parenting and discipline to use. It often boils down to strict or lenient. Let’s find out what strict parenting is and how it can affect a child’s development.

Why Are Parents Strict

Most strict parents justify their choice of parenting style using the either-or parenting rationale. They don’t want to raise defiant kids, and lenient parenting is often believed to cause defiance in children. So they turn to strict parenting. They believe that one can only be either permissive parents, or strict parents. There’s nothing in-between.

Their sentiments usually include a combination of the following.

What Are Strict Parents (Meaning & Definition)

In psychology, strict parents are defined as parents who place high standards and demands on their children. They can be authoritative or authoritarian, depending on the parents’ disciplinary beliefs and responsiveness to their child’s needs​1​.

Unfortunately, most strict parents are not authoritative.

Most strict parents are cold, unresponsive, and unsupportive to their children. Their rules are often overly strict and arbitrary. These parents don’t allow their children to voice their opinions or question the parents’ decisions. They are controlling parents practicing the authoritarian parenting style, which generates worse outcomes than the authoritative style.

Are Strict Parents Good or Bad

When people speak about strict parenting, they generally refer to the authoritarian type.

In the rest of this article, we will focus on the authoritarian type and its detrimental impact on children.

What Are The Signs of Strict Parents

Strict parents are the ones who

So what happens when parents are too strict?

These parents view academic success as a priority and judge the effectiveness of their parenting by their children’s performance in school. This type of parenting can result in high academic performance in some cultures such as in many Asian countries.

However, despite the apparent academic success in some cultures, this parenting style also results in many damages in the children​2​.

Studies show that kids raised in a strict household tend to be unhappy​3​ and show more depressive symptoms​4–6​.

In some countries, such as Hong Kong​7​ and Australia​8​, kids raised in strict households are more prone to suicidal attempts or ideation.

Kids raised with strict discipline tend to have antisocial behavioral problems such as rebellion, anger, aggression and delinquency

Although some parents think that strict parenting produces better-behaved kids, studies show that such a parenting style actually produces kids that have more behavioral problems.

Kids learn what they live and what their parents model. When parents discipline their kids with punitive emotions, force, threat, verbal and harsh punishments, they model how to react punitively when they’re upset.

As a result, the children have learned to become more rebellious, angry​9​, impulsive and aggressive when things don’t go their way​10​ (and therefore get punished even more!) These kids are also more likely to engage in risky behavior such as running away​11​.

Strict parents turn their kids into sneaky actors and liars

Strict parents expect unquestionable obedience, conformity and respect for authority, which are usually obtained with harsh discipline. As a result, super strict parents create sneaky child. These children have learned to become good actors. They behave well at home, but act differently when the parents are not around.

Because the parents do not provide a safe environment for the kids to tell the truth, kids raised with strict rules are good at lying and hiding things so they don’t get in trouble.

Strict moms and dads choose extracurricular activities, class schedules, and social events for their children with no input from them at all.

However, autonomy is an innate human desire​12,13​. Strict parents stripping children of their autonomy causes these kids to be more rebellious and unmotivated as teenagers and young adults​14​.

Imposing external incentives such as threats of punishment creates extrinsic motivation while decreasing intrinsic motivation. Kids raised with Draconian rules not only are more rebellious but also show low initiatives​15​.

Authoritarian parenting elicits compliance using fears. When kids do what others want out of fear, that makes up bullying. These children learn to use force and power over others to get what they want.

Studies have shown that children of authoritarian parents are more likely to become bullies or friends of bullies​16​.

Research shows that female adolescents with authoritarian parents are less capable to decide when given the opportunity​17​.

Having strict parents mean these children are used to being told what to do. They lack self-esteem and self-confidence​18​ to decide and worry about making the wrong choice.

Parents with rigid rules impose high levels of intrusive psychological and behavioral control on their kids. These kids have less psychological flexibility and more maladaptive self-regulation in later adolescence.

Lack of psychological flexibility and emotional regulation skills are both highly associated with the development of mental disorders​21​.

Kids raised by controlling parents have twisted beliefs of authority

Controlling parents who act like dictators instill a twisted belief of authority in kids. They use unilateral communication and establish rules without explanation and expect their children to obey without complaint or question.

On one hand, some children learn that power is always right. They need to obey and don’t question authority when they should. These kids internalize a need to “follow the rules at all cost.” This belief can set them up for dangerous situations where they can be taken advantage of by authority figures abusing their power.

Some children have developed distrust, hostility and resistance to authorities such as school or police. Kids raised in controlling homes view parental legitimacy negatively, and this view can cause delinquency​26​.

Children in very strict households are less emotionally regulated and have worse social skills​27​. They also break more engagement and have unsatisfactory affairs in adulthood.

Perhaps the most damaging effect of strict parenting is the strain it puts on the parent-child relationship, as no one likes to be controlled.

If you’re a strict parent, it’s worth it to think of what your child raising goal is. The bottom line is – what is your vision of your relationship 20 years from now? Do you want your child to visit you, talk to you, or answer your phone calls when they grow up? Do you want them to still be in your life?

If you have very controlling parents, you probably have a lot of healing to do. Seeking professional help to support you through this healing journey is a good idea. Psychologists can help you figure out how to deal with strict parents. You don’t have to do it alone. 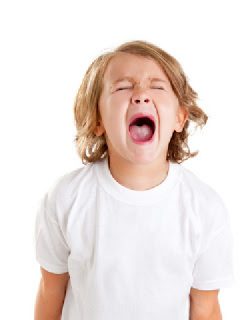 Previous
The Angry Child - What Causes Anger Issues In Kids 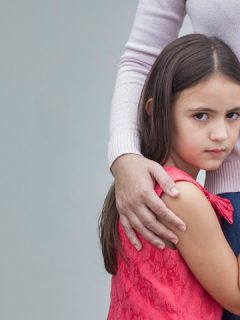 Next
Causes, Signs and Effects of Overprotective Parents
5 Things Parents Can Do To Help Their Children Thrive and Excel In School