Teaching empathy to young children is more than just modeling, playing some educational activities, or explaining other’s perspectives. Groundbreaking discoveries in neuroscience have offered new insight into how we can understand others’ feelings and how to facilitate kids’ empathy development.

Empathy is the ability to understand, feel, or share others’ feelings. An emotional reaction to what another person feels or would be expected to feel.

There are two main types of empathy: cognitive and emotional.

Cognitive empathy is the ability to understand another person’s perspective and feel their pain. You experience this kind of empathy when you immerse yourself in the experience of another person without losing your own sense of self. It is also called role taking.

Why is empathy important?

Empathy is vital for a cohesive society. It allows for ethical decision making, kind acts and altruism​1​. A lack of empathy regarding others’ emotions in early childhood is associated with psychopathology​2​, such as conduct disorder​3​ and psychopathy, later in life.

The ability to understand the feelings of others is crucial for facilitating social interactions and empathetic behavior toward others. It plays a key role in internalizing rules and in helping those in need, even at one’s own expense.

Empathy in children is associated with more altruistic, cooperative and prosocial behavior​4​. Empathetic kids have better social skills and emotional intelligence. They show less aggression and better moral reasoning. The ability to empathize is a critical element for a child to develop social-emotional skills.

Moreover, empathetic children display more guilt when they make mistakes and follow rules even without supervision​5​. They are also more likely to help those who are in distress, and less likely to participate in bullying​6​.

As an adult, having empathetic concern and taking other’s point of view can increase trust and interpersonal closeness. When adults have empathy for each other, they feel a greater sense of satisfaction in their relationships​7​.

In the 1990s, a new class of neurons was discovered in the brains of macaque monkeys. These neurons are activated when the monkeys observe other monkeys or humans executing an object-related hand action such as grabbing an object.

The ability to mimic the emotion or sensation of another’s forms the basis of empathy development in children. Even at as early an age as 18 hours old, newborns can mimic the mouth and face movements of the adult they are facing​9​.

Visual information such as action and facial expressions are critical in detecting or understanding another person’s feelings or state of mind​10​.

1. Be warm, nurturing and responsive

The first step to teaching children empathy is to become a warm, nurturing, and responsive parent​11​.

Early experiences with a primary caregiver are critical for the development of empathy. Parents who are warm, nurturing, and responsive to their children’s emotional needs promote secure attachment in them and fulfill their needs for warmth, safety and security.

Researchers have found that mothers who show more emotional attunement to their children in the first year of life are more likely to have children who are empathetic in childhood and adolescence.

When interacting with children you can convey emotional attunement by using attuned, exaggerated, and partially imitative responses that are congruent with their emotional state, and also by utilizing facial expressions and non-verbal cues that are consistent with this state​13​.

For instance, when your child is in distress and crying, you can respond with “Oh, poor baby” while using facial expressions and a tone of voice that are congruent with the baby’s distress.

Parents’ language towards their children’s emotions can affect how well they develop empathy.

Parents can also teach children how to think about issues by imaging how to walk in another person’s shoes. Being able to take in different perspectives is critical in developing cognitive empathy​15​.

So, make emotion coaching a part of life. Practice empathy with your child in different situation.

On the other hand, if parents constantly dismiss their children’s emotions, they tend to develop callous-unemotional traits and lack empathy for others​16​.

Using modeling is a great way to teach children many things, but if we want modeling to be effective in teaching empathy, we have to address some special requirements.

Often, parents believe that a role model is someone who shows their children how to be empathetic to other children when they have mishaps. But this will not be enough to teach empathy.

To model empathy, allow your child to experience it directly. Show kids your empathy for them directly, not indirectly through others.

Empathy helps connect people to others.

This fear is an automatic response to unfamiliar entities that are perceived as threats. This autonomic reaction can only be overcome by cognitive input in the prefrontal cortex (thinking brain).

The idea of teaching children to recognize what they have in common with others in order to encourage empathy is a popular belief, but a dangerous one.

First, the empirical evidence for this theory is limited​17​. Second, from the similarity perspective, the desire to understand others’ feelings is a product of generalization of self-interest to include others. Teaching children to find similarities in others is still reinforcing the idea that we should have empathy for those who are like us, but only if we can find something that shows we’re alike.

Research shows that we have other reasons for having empathy for those who are different from us. Altruistic motivation is one such reason. We inherently want to nurture and help others.

When we help children develop empathy regardless of differences and similarities, we are teaching them how to value the welfare of others and become truly altruistic. It becomes an integral part of their character education.

There is a general belief that reading literature, discussing other people’s feelings, and explaining different viewpoints are fundamental to empathy education. However, these exercises can only help kids strengthen cognitive empathy. In the end, a child cannot develop empathy if they have never experienced it. None of these activities can replace a nurturing and emotionally attuned parent when it comes to building empathy. 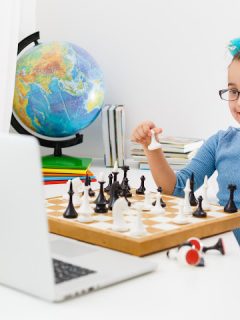 Previous
Critical Thinking For Kids - Teaching Them How To Think, Not What To Think 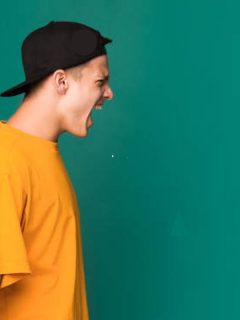