Asynchronous Development Of A Gifted Child And Their Unique Needs

Asynchronous development is widely discussed in gifted education. The term refers to gifted children who can master certain skills quickly while having difficulty with others.

Developing asynchronously is a common problem among gifted students. It is characterized by a lack of coordination between cognitive and affective processes. Despite their intellectual talents, these children often struggle with social interactions and emotional regulation.

In this article, we will look at what asynchronous development is, how it works, and how to parent asynchronous children to help them achieve their potential.

What is asynchronous development

Asynchronous development occurs when different parts of the brain do not develop at the same time. Asynchrony results in uneven development of different skills. Typically, an asynchronous child excels academically and in cognitive abilities, but struggles socially​1​.

In asynchronous development, two or more parts of an organism develop at different rates. One eye might develop earlier than the other, for example.

Asynchrony can be found among many animals, including humans. The conditions may be caused by genetic problems, environmental factors, or both​2​. Asynchronous maturation may result in differences in intellectual development, physical development, social development, and emotional development.

Giftedness is a term used to describe individuals who are exceptional in particular areas of intelligence​3​.

Children gifted with precocious abilities show remarkable aptitudes in areas such as math, music, art, language, and science. Furthermore, they tend to be independent learners and thinkers. Often, they can learn much more quickly than other students.

The traditional definition of giftedness concentrates on factors that can lead to higher achievements in adulthood or the possibility of becoming successful.

What is asynchronous development in gifted kids

Giftedness is a form of asynchronous development where a child has higher intellectual abilities but shows significant deficits in social abilities, emotional regulation, and executive function.

Gifted children may solve problems in ways that others cannot, and see things differently than most people.

Parents or grownups often expect asynchronously developing children to perform in ways that are unreasonable and unfair. Because they are intelligent, speak and think like an older child, adults sometimes assume they have as much self-control as an old child. This assumption leads to expectations that are difficult to meet.

Due to their intelligence, many parents expect their children to excel academically with no effort on their part. When gifted kids struggle in school, their parents find it incredibly difficult to understand​4​.

Gifted children not only think differently, but they also feel differently. As gifted children have advanced cognitive skills and higher levels of emotional intensity, they are more conscious of life events and experience more intense feelings. Their intelligence and compassion often lead them to an awareness that they are not emotionally ready to handle.

These children are often called “too sensitive” because they are highly sensitive to their environment and easily overwhelmed by it​5​.

Gifted kids are often considered smarter than other kids their age. Nevertheless, this does not mean that these students are always better than others.

There are times when they struggle to fit in socially because their social development hasn’t caught up yet. These kids may also have a hard time making and keeping friends​6​. Some even experience bullying because of their differences and inferior social skills​7​.

Trying to fit in

Asynchronous kids often suffer from loneliness. For them to feel “normal,” sometimes they must give up their beliefs, behaviors, and values. Intensive self-analysis, self-critique, and inability to acknowledge their limits can plague them.

Gifted individuals who are introverted, have low self-esteem, and feel helpless are more prone to development major depression​8​.

How to parent a gifted child with asynchronous development

Gifted asynchronous children are often misunderstood and isolated. They are often labeled as “special” or “different” and are treated differently than their peers. They possess a set of characteristics that are uniquely vulnerable.

Although these children feel different from their peers and often struggle in different areas in life, they are rarely offered the help they need to overcome challenging areas.

Caring for gifted children requires modifications in parenting. Recognize that the more gifted a child is, the more asynchronous they are.

Listen to them and support the child’s emotional needs instead of accusing them of being “too sensitive”. 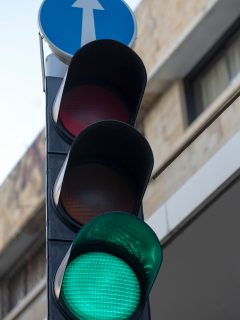 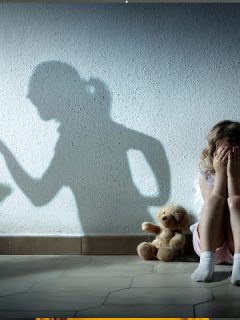