Parenting a child with oppositional defiant disorder (ODD) can be very exhausting and frustrating. These parents need to employ Oppositional Defiant Disorder strategies that are different from those used to parent a typical defiant child with bad behavior.

What is Oppositional Defiant Disorder (ODD)

In the Diagnostic and Statistical Manual of Mental Disorders, Fifth Edition (DSM 5), Oppositional Defiant Disorder is defined as a recurrent pattern of anger/irritable mood, argumentative/defiant behavior, or vindictiveness lasting for at least 6 months.

Oppositional Defiant Disorder in children is a type of Disruptive Behavior Disorder (DBD). It is more than just defiant behavior. A child has ODD when their emotions and thoughts are out of balance, causing the child to vigorously defy and not cooperate, for an extended period of time.

ODD children are at substantial risk of mental health problems such as mood, impulse‐control, substance use, and anxiety disorders​2​. Boys with Oppositional Defiant Disorder are much more likely than girls to develop behavioral disorder, antisocial personality disorder or Conduct Disorder (CD), while girls with ODD are more likely to develop depression later in life​3​.

ODD kids also have high rates of coexisting mental health conditions such as Attention Deficit Hyperactivity Disorder (ADHD) and mood disorders that need to be attended to.

To be diagnosed to have ODD, an individual must have at least 4 symptoms from the following:

Note: Symptoms are distinguished from the child’s behavior that is developmentally appropriate for children of different ages.

Symptoms may be present at home, in the community, at school, or in all three settings.

What Causes ODD In A Child

Causes of Oppositional Defiant Disorder are not well understood. It appears there is no single, overwhelming cause that produces ODD. However, there are risk factors that have been identified to contribute.

Most authorities believe that biological factors are important​4​.

Children with ODD may come from a family with a history of mental health disorders (e.g., DBD, ADHD, substance abuse, or mood disorders). Or the child may be born with a difficult child temperament. They may have lower arousal levels or cortisol levels when exposed to frustration, causing them to more likely to engage in fights to raise those levels​5​.

Maternal smoking during pregnancy has also been found to be associated with ODD in children​6​.

Certain environmental factors can alter the biology of a child. Environmental toxins, such as lead, is another risk factor. High levels of lead in children are associated with high aggressiveness.

Children are born with different temperaments. Some babies are easier, while others are more difficult to take care of. Some parents respond to difficult children with harsh, coercive, inconsistent discipline, neglectful or abusive parenting styles​7​.

As a result, those children have difficulty with attachment and cannot read social cues to act in a socially appropriate way.

Research also shows that an oppositional and aggressive child’s behavior is highly correlated with aggressive parenting practices such as corporal punishment​8​. The behavior is also associated with negative reinforcement traps created by inconsistent parenting​9​.

Stress during a child’s early development is another potential cause of ODD. It is associated with the disorder through different pathways.

First, stressed parents are more likely to use ineffective parenting strategies and cause even more stress for the family.

These different stress factors can leave a child traumatized, leading to Post Traumatic Stress Disorder (PTSD). Traumatized children display more oppositional defiant behavior because trauma can cause them to be more vulnerable to stressors. Trauma also compromises these children’s ability to regulate their emotions and behavior​12,13​.

How Common Is ODD In Children

Studies suggest that 1 to 20 percent of children and adolescents have ODD. It typically begins by age 6-8.

In younger children, it is more common among boys. In older children, ODD is found equally in boys and girls​8,14​.

Children who exhibit a persistent pattern of oppositional behavior during preschool years are also more likely to be diagnosed with ODD during their elementary years.

Typically, ODD is not diagnosed in children under age 3 because temper tantrums, one of the criteria for ODD, is a common and developmentally appropriate behavior for these young children.

Many psychologists consider prevention and early treatment the keys in ODD intervention. Children with early onset of ODD are three times more likely to develop psychiatric disorders later in life.

These early interventions can be delivered in clinics, schools, or community centers​15​.

In preschools, programs such as Head Start are effective in preventing future delinquency, which is one of the more negative outcomes for children with ODD.

Treatment options are determined based on many factors that may include the child’s age, the severity of symptoms, and the child’s ability to participate in and tolerate specific therapies​16​. Proper treatment strategies can be formed by working with your child’s healthcare provider and school. A treatment plan should target domains and behavior that are dysfunctional and impairing the child’s life.

Prescribed treatments and interventions usually consist of a combination of the following list.

How To Parent A Child With ODD

Parenting a child with Oppositional Defiant Disorder is challenging and often exhausting. The following are two proven discipline strategies to parent an ODD child​17​.

For school-age children, parenting management training is the most commonly recommended approach as the first-line treatment. The underlying principles of this parent training are:

Although PMT is a well-established, proven treatment plan in large sample size, there are some noticeable shortcomings:

Collaborative & Proactive Solutions (CPS) is an alternative strategy for parents of ODD kids. It is an intervention based on a cognitive behavioral therapy model​18​. Although CPS is a relatively new method compared to PMT, researchers have found that it produces equivalent results while overcoming to some of PMT’s shortfalls.

CPS focuses primarily on helping parents learn to solve problems that contribute to defiant behavior problems collaboratively and proactively with children. The purpose is to increase flexibility, adaptability, and problem-solving skills in both the parents and the children.

The principles​19​ of CPS are to help parents:

Direct child-training approaches with a therapist such as psychotherapy should be reserved for older children who have a higher capacity to benefit from such an approach.

When ODD co-occurs with other disorders such as Attention Deficit Hyperactivity Disorder, medication may be needed. However, this should only be done after other strong treatment alliances such as parenting training and psychotherapy are established.

In general, all of these treatments are not brief since establishing new attitudes and behavior patterns takes time. One-time or short-duration treatments are not likely to be effective. Patients and families need to commit to long term participation.

Occasionally, the severity, persistence, or unusualness of the disruptive problem behaviors would reach the subthreshold level for Conduct Disorder (CD). When that happens and when the patient fails to respond to other treatment regimes, intensive and prolonged treatment such as intensive day treatment, residential, etc. may be warranted. However, success in such methods has not been proven in studies. Families and clinicians should weigh the potential benefits against the risks of such practices.

Is ODD caused by bad parenting?

Although bad parenting practice is a potential cause for ODD, it is not the only plausible cause. Genetic or early developmental stress could lead to this, too. If you worry about your parenting strategies being the reason for your child’s ODD behavior, the best thing to do is to get professional diagnosis and help. Keep in mind that you don’t need to be perfect to be a good parent. We cannot control all factors in our kids’ lives. As long as you have your child’s best interest in mind, that’s good enough. 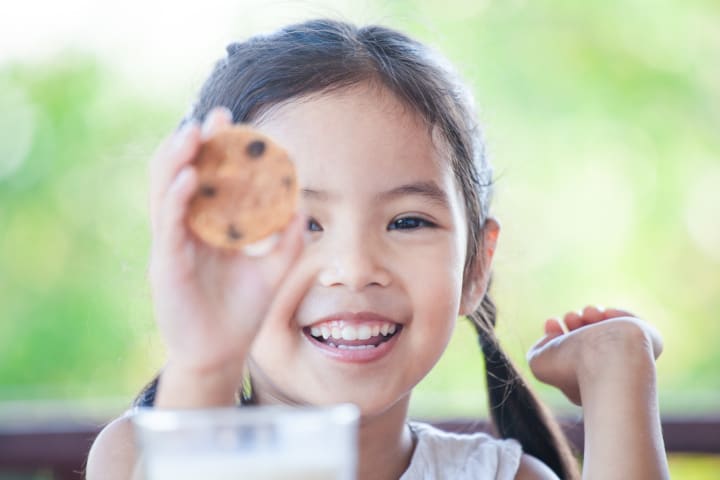