Parents of teens often ask about how to deal with an angry teenager. They are baffled and frustrated. It is hard for them to understand why their teens are always angry and will not listen to adults’ advice.

Why are teenagers so angry all the time

Teenagers’ mood swings can happen quickly. They can be excitedly discussing a new video game one moment and then get angry the next because you comment on their hair.

Some common reasons parent attribute to teenager’s anger include:

The word “teenager” is almost synonymous with mistakes, trouble, or being unreasonable or can-never-be-right.

If you’re always told that you’re wrong, no matter what, wouldn’t you also be angry?

Where does teenage anger come from

There are two main causes for teenage anger.

Puberty is a time of rapid physical growth and extensive brain development. These rapid changes can lead to an increase in angry behavior.

The parents often blame teens’ crazy behavior on raging hormones. However, that is not the case. While hormone levels increase during the teen years, hormones do not determine how adolescence unfolds​1​.

In essence, troubled teen can act like a car with fully functional accelerators and no brakes during this period. Emotions are intense, while their cognition cannot help regulate them. It’s easier for them to get angry and harder to stop once they get upset.

Teenagers are one of the most misunderstood species on Earth. Whenever something goes wrong in their lives, we point our fingers at their age. Repressed teens are often angry. They have probably held onto anger for years.

During adolescence, the teen brain changes promote novelty, independence seeking, social engagement, and creative exploration. Due to this shift, they become more risk-taking, vulnerable to peer pressure, and confused about who they are, which creates more conflicts and frustrations at home.

At the same time, their cognitive growth allows them to be more sensitive to fairness and relationships. Breaches in the expected behavior and a sense of injustice causes more negative emotions​2​.

These increasing frustrations exacerbate the already strong emotion in teens.

What are the impacts of teen’s anger

Frequent teen anger can put a significant strain on the whole family. Family members are frustrated and don’t know what will trigger more angry outbursts. They may feel as if they are walking on eggshells. When they respond in a way that escalates the conflict, things can spiral out of control.

Adolescent anger also negatively impacts the adolescents themselves, aside from causing family division.

Teens who frequently experience anger are more likely to engage in unhealthy behaviors such as substance abuse​3​ and eating disorders​4​. They are also at risk of mental health issue such as depression and suicide.

Warning signs of serious problems include symptoms of depression.

Teen depression is serious mental health conditions that should not be taken lightly. Deaths by suicide are the second leading cause of death among teenagers between the ages of 15 and 19 in the United States​5​. A study found that suicidal adolescents have trouble handling anger and sadness compared with their non-suicidal counterparts​6​. They often report experiencing intense anger immediately before their suicidal attempt​7​.

Anger issues are also associated with stress-related illnesses such as cardiovascular disease and negative social problems.

It is important for parents of angry teens to help them develop adaptive coping and anger management skills.

How to deal with an angry teenager

Adolescence is a difficult time for parents, so they tend to think the worst of teenagers.

Others’ opinions about us can shape the way we perceive ourselves and our behavior. When parents think their teenagers’ anger is intentional or they blame the teens for conflict, the fighting increases​8​.

The negative messages adolescents absorb about who they are and what is expected of them will cause them to sink to that level instead of rising above it.

Adults commonly project negative attitudes or stereotypes toward teens, which does them a  disservice. Don’t let prejudice and cliche from society lead you astray.

Parenting a teenager can be challenging, but it can also be one of the most fulfilling experiences in life.

Don’t join the chaos when your teenager is angry

It is even more important to stay calm when our teens seem out of control.

When our children are angry and disrespectful, we get angry, too. This is a natural reaction that can lead to a cycle of negativity in the home. Instead, try saying: I don’t like it when you get angry at me, but I do understand why. I love you no matter what.

Don’t try to reason with them

It’s tempting to reason with an angry teenager and try to make them understand. However, when someone is angry, whether it is an adult, teenager or toddler, stress hormones impair their cognition​9​.

At times like these, you need to appeal to the person’s emotional brain instead of their logical brain. Offering reasons will only make them more upset.

Empathize and describe their emotions

Empathizing is the best way to address the emotional brain and calm the anger, but it is difficult to do when you are frustrated yourself. The second best thing you can do is to describe how they feel.

Here are some examples:

Then ask them to tell you more about how they feel. Help them stay on talking about their feelings instead of attacking the person who made them angry.

Narrating one’s feelings is effective at regulating anger, especially when it places events in the past tense and includes some positive emotions​10​.

Paraphrase from their perspective

After actively listening to their narration, paraphrase it using your own words but do it from their perspective. Focus on what they feel and what is important to them​11​.

The key here is to do it from their point of view, not yours, even if you don’t agree with theirs. When your teen is angry, the goal is to help them regain their cognitive control.

Here are some examples:

Create a supportive and connected family

Become supportive parents. A study shows that social support from family and teachers is associated with less anger in teenagers​12​. Additionally, adolescents show fewer angry episodes when they perceive that the family is united.

By pushing boundaries and exploring the unknown, adolescents can develop critical character traits that can lead to a lifetime of adventure and purpose.

Parents often create boundaries to protect their children. When an issue does not pose a threat to safety or health, let them explore and decide on their own, while you provide guidance. Experiencing natural consequences can be the best teacher for your adolescent to learn the cause-and-effect. Make time to connect with your child and support their autonomy instead of arguing.

Teach your teenager adaptive coping skills. Learning stress coping strategies, such as meditation, deep breathing and reappraising a situation, is a great to handle and prevent angry feelings​13​.

Do not encourage maladaptive coping strategies such as avoiding the topic because that is associated with negative outcomes in teens. Using avoidant strategies to deal with anger are related to the use of alcohol or substances such as marijuana​3​.

If your teen’s intense emotions and anger are causing serious problems, seek professional help, such as family therapy from a clinical psychologist, immediately. 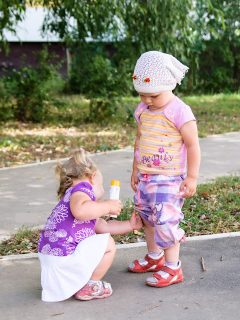 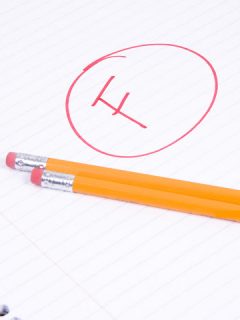