What Is Positive Reinforcement?

In operant conditioning, positive reinforcement aims to increase desired behavior by adding a favorable stimulus right after that behavior occurs. It is rewarding someone for what they do, and this reward encourages them to do it again.

Positive reinforcement increases an individual’s tendency to adopt a new practice over time.

This conditioning method has gained popularity over other operant conditionings, because it creates a positive learning environment preferred by parents at home and teachers in the classroom.

What are the 4 types of reinforcement?

Here are some examples of positive reinforcement used in everyday life.

The Differences Between Positive and Negative Reinforcement

So what is the difference between positive and negative reinforcement?

Positive reinforcement adds a favorable stimulus to increase the probability a response will repeat. So, it is reasonable to believe that positive also refers to quality of the reinforcement or the target action.

But this is not true.

The two methods, positive or negative, simply refer to whether a stimulus or consequence is being added (positive) or removed (negative).

Parents, especially those who practice positive parenting, often use positive reinforcement to motivate their children to behave.

These disciplinary practices are popular because they’re simple and easy to administer. They are also clear and produce predictable results. You do this, and then you get that. There is no confusion or unexpected outcome.

This approach makes parents feel better about their parenting. They can use pleasant reinforcers instead of aversive consequences. There are no angry kids to deal with, making it an enjoyable experience for everyone involved.

Positive Reinforcement in the Classroom

When students show appropriate or specific behavior, positive reinforcers such as points or tokens are put on the student’s chart. When the points accumulate to a certain amount, the students can exchange them for a small gift.

Avoiding punishment is a welcome change for both students and teachers. There is less of a power struggle, and since students are more receptive to positive reinforcement, this method seems to yield excellent results in a school setting.

Is Positive Reinforcement Better Than Punishment?

In order to form a new habit, reinforcement needs to happen repeatedly. Besides continuous schedule, there are four types of intermittent reinforcement schedules:

Schedules of reinforcement can significantly affect the effectiveness of a reinforcement. For example, in casinos, slot machines give out rewards randomly. When gamblers win occasionally, they are positively reinforced with variable ratio schedules, making the game highly addictive.

The Cons of Positive Reinforcement

Even though positive reinforcement seems highly effective, this isn’t always the case.

Positive reinforcement doesn’t always bring about positive outcomes because people are not simple machines that respond and forget. The stimuli used can have other effects on people’s motivation and desire, and those effects can be long lasting.

Here are some drawbacks of using positive reinforcement.

Researchers have confirmed that positive reinforcement can weaken a person’s intrinsic behavior, and therefore, lower the quality of the desired action​1​.

When you use a positive reinforcer to motivate, you have to keep providing for it to stay effective. As soon as the rewards stop, the behavior stops, too. This phenomenon is called extinction.

Perhaps the most problematic aspect of positive reinforcement is that it associates the action with the wrong stimulus. In parenting, the use of reinforcers can teach a child the wrong lesson.

For instance, when a child is given an allowance to do chores, they learn that they should take out the trash if, and only if, they get paid. Otherwise, it is not their responsibility.

Many parents think that this practice could teach a child about being responsible. However, instead of instilling responsibility, it is teaching the child to assign a monetary value to duties and only do the work if they are paid accordingly.

How To Use Positive Reinforcement

To counter the problem of rewards reducing intrinsic motivation, use praise instead of tangible rewards such as toys or allowance. According to psychology studies, praises are some of the most effective forms of positive reinforcement.

Praises should provide useful feedback about the process, not just the result. Be specific and avoid just saying, “Good job.” If the child took out the trash, consider praising them with a statement like, “Thank you! You did an excellent job tying the trash up nice and tight.”

3. When using praises, praise for the quality of action

Praises should not be given for just completing a task. The child should have completed the job well, considering their abilities.

Instead of giving a child extra attention when they misbehave, give it when they behave well to reinforce good behavior. When a child gets enough attention from parents from regular interactions during the day, they will not need to act up to get attention.

5. Give the reinforcement as soon as action completes

Research has shown that the sooner the reinforcer is introduced after the target behavior, the more effective it is in motivating the new behavior.

Reinforcers should be unexpected as a variable ratio schedule of reinforcement is more effective than a fixed interval schedule.

An unexpected reward is often more effective in motivating the adoption of new behaviors. If a person expects a reward, it becomes a contingency. Regularly offering contingent rewards reduces intrinsic motivation.

Using positive reinforcers to motivate target behavior has benefits, but also problems. When used appropriately, positive reinforcement is highly effective, as parents who have potty-trained their toddlers over a weekend by giving out candies can attest.

However, if the positive reinforcer is a bribe, it can backfire.

Children are smart. They will quickly figure out that if you need to use a bribe, the action probably is not something they will want to adopt in the long run. Motivate your child intrinsically instead of using extrinsic motivation is the best practice. 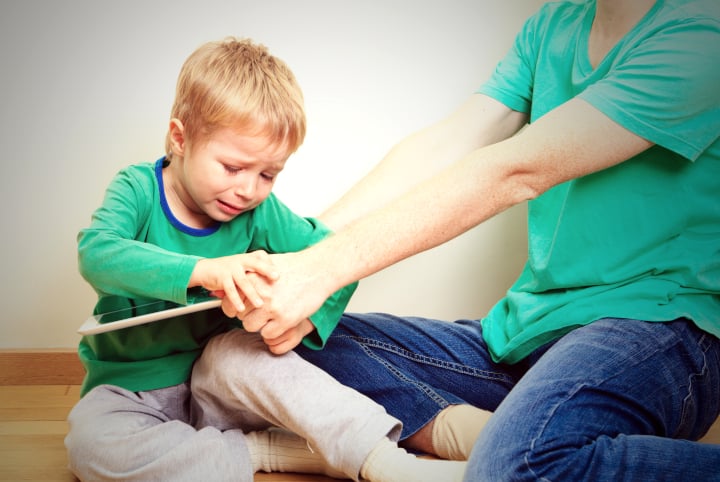 Next
What is Negative Punishment (Examples and Effectiveness)