Schedules of reinforcement can affect the results of operant conditioning, which is frequently used in everyday life such as in the classroom and in parenting. Let’s examine the common types of schedule and their applications.

Operant conditioning is the procedure of learning through association to increase or decrease voluntary behavior using punishment and reinforcement.

Schedules of reinforcement are the rules that control the timing and frequency of reinforcer delivery to increase the likelihood a target behavior will happen again, strengthen or continue.

There are two main categories of schedules: intermittent and non-intermittent.

A continuous reinforcement schedule (CRF) presents the reinforcer after every performance of the desired behavior. This schedule reinforces target behavior every single time it occurs, and is the quickest in teaching a new behavior.

e.g. Continuous schedules of reinforcement are often used in animal training. The trainer rewards the dog to teach it new tricks. When the dog does a new trick correctly, its behavior is reinforced every time by a treat (positive reinforcement).

e.g. A continuous schedule also works well with very young children teaching them simple behaviors such as potty training. Toddlers are given candies whenever they use the potty. Their behavior is reinforced every time they succeed and receive rewards.

Once a new behavior is learned, trainers often turn to another type of schedule – partial or intermittent reinforcement schedule – to strengthen the new behavior.

A partial or intermittent reinforcement schedule rewards desired behaviors occasionally, but not every single time.

Behavior intermittently reinforced by a partial schedule is usually stronger. It is more resistant to extinction (more on this later). Therefore, after a new behavior is learned using a continuous schedule, an intermittent schedule is often applied to maintain or strengthen it.

Interval schedules reinforce targeted behavior after a certain amount of time has passed since the previous reinforcement.

A fixed interval schedule delivers a reward when a set amount of time has elapsed. This schedule usually trains subjects, person, animal or organism, to time the interval, slow down the response rate right after a reinforcement and then quickly increase towards the end of the interval.

A “scalloping” pattern of break-run behavior is the characteristic of this type of reinforcement schedule. The subject pauses every time after the reinforcement is delivered and then behavior occurs at a faster rate as the next reinforcement approaches​2​.

College students studying for final exams is an example of the Fixed Interval schedule.

Most universities schedule fixed interval in between final exams.

Many students whose grades depend entirely on the exam performance don’t study much at the beginning of the semester, but they cram when it’s almost exam time.

Here, studying is the targeted behavior and the exam result is the reinforcement given after the final exam at the end of the semester.

Because an exam only occurs at fixed intervals, usually at the end of a semester, many students do not pay attention to studying during the semester until the exam time comes.

A variable interval schedule delivers the reinforcer after a variable amount of time interval has passed since the previous reinforcement.

This schedule usually generates a steady rate of performance due to the uncertainty about the time of the next reward and is thought to be habit-forming​3​.

Students whose grades depend on the performance of pop quizzes throughout the semester study regularly instead of cramming at the end.

Students know the teacher will give pop quizzes throughout the year, but they cannot determine when it occurs.

Without knowing the specific schedule, the student studies regularly throughout the entire time instead of postponing studying until the last minute.

A fixed ratio schedule delivers reinforcement after a certain number of responses are delivered.

Fixed ratio schedules produce high rates of response until a reward is received, which is then followed by a pause in the behavior.

In this case, toys are only required when all five have been made. The toy-making is rewarded and reinforced when five are delivered.

People who follow such a fixed ratio schedule usually take a break after they are rewarded and then the cycle of fast-production begins again.

Variable ratio schedules deliver reinforcement after a variable number of responses are made.

Gambling at a slot machine or lottery games is a classic example of a variable ratio reinforcement schedule​5​.

Gambling rewards unpredictably. Each winning requires a different number of lever pulls. Gamblers keep pulling the lever many times in hopes of winning. Therefore, for some people, gambling is not only habit-forming but is also very addictive and hard to stop​6​.

An extinction schedule (Ext) is a special type of non-intermittent reinforcement schedule, in which the reinforcer is discontinued leading to a progressive decline in the occurrence of the previously reinforced response.

Among the different types of reinforcement schedules, the variable-ratio schedule (VR) is the most resistant to extinction whereas the continuous schedule is the least​7​.

Schedules of Reinforcement in Parenting

A continuous schedule of reinforcement is often the best in teaching a new behavior. Once the response has been learned, intermittent reinforcement can be used to strengthen the learning.

Let’s go back to the potty-training example.

When parents first introduce the concept of potty training, they may give the toddler a candy whenever they use the potty successfully. That is a continuous schedule.

After the child has been using the potty consistently for a few days, the parents would transition to only reward the behavior intermittently using variable reinforcement schedules.

Because such reinforcement is unintended, it is often delivered inconsistently. The inconsistency serves as a type of variable reinforcement schedule, leading to a learned behavior that is hard to stop even after the parents have stopped applying the reinforcement.

When a toddler throws a tantrum in the store, parents usually refuse to give in. But once in a while, if they’re tired or in a hurry, they may decide to buy the candy, believing they will do it just that one time.

But from the child’s perspective, such concession is a reinforcer that encourages tantrum-throwing. Because the reinforcement (candy buying) is delivered at a variable schedule, the toddler ends up throwing fit regularly for the next give-in.

This is one reason why consistency is important in disciplining children. 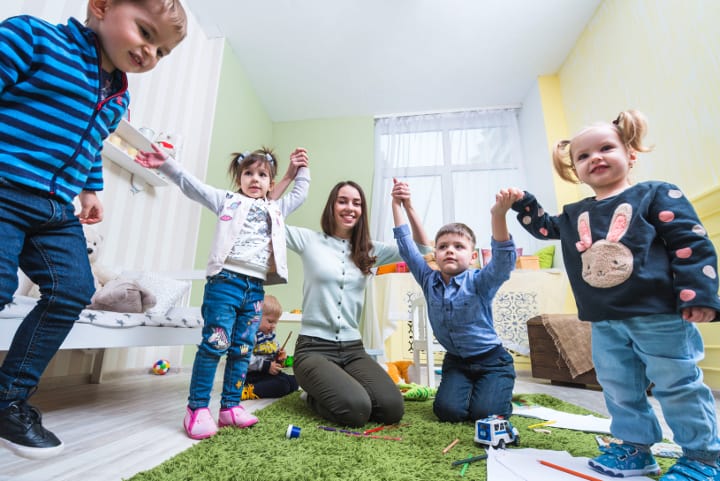 Previous
How To Choose A Preschool - The Complete Guide & Checklist 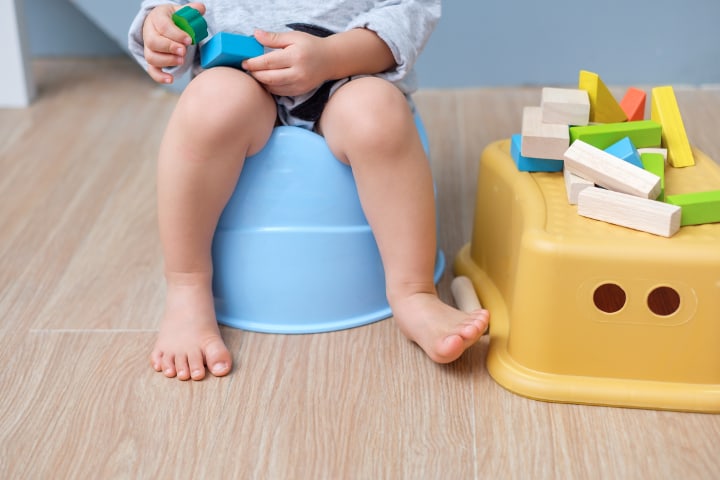 Next
Difference Between Classical and Operant Conditioning